In this workshop you will learn how to use the Amazon Inspector Network Reachability report to validate your network configuration without needing a deep background in networking. You will use this report to find misconfigurations that may result in unintended behaviors and unexpected vulnerabilities. You will finish the workshop by remediating these vulnerabilities by integrating the findings of Amazon Inspector with other AWS services.

Example Corp. has been in AWS for a few months and is moving its first few workloads into AWS. The first workload to move was an external website with a database back end. Example Corp.’s security team insisted administrative access to servers must be through a set of bastion hosts in a separate VPC. Recently, a developer has created a public proof of concept for a new highly available web service and connected it to the environment without going through all the proper change management. The various IT stakeholders have been working off the following untested assumptions:

Assumption 1.> Instances in private subnets are not accessible from the internet

Assumption 3.> Nothing can route through the bastion VPC

Assumption 4.> Access to the servers is limited according to the principle of least privilege

Example Corp's IT team found the new configuration not because of controls, but from the increase in their AWS bill. As a result, the security and operations teams want to validate the right security is applied to both the new and existing environments using the Inspector Network Reachability report.

You will use AWS CloudFormation to build the environment

The CloudFormation template will build the following elements of the workshop in a single account and will not use any existing VPCs.

This environment is shown below. 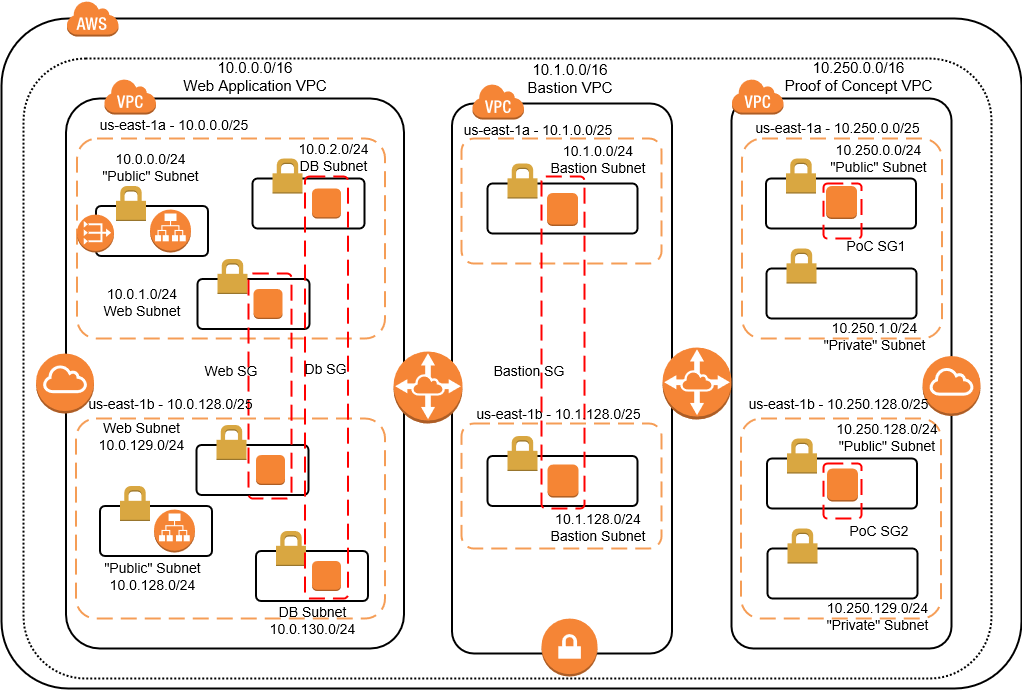 Here are the Route Tables and Security Groups for you to review as well. 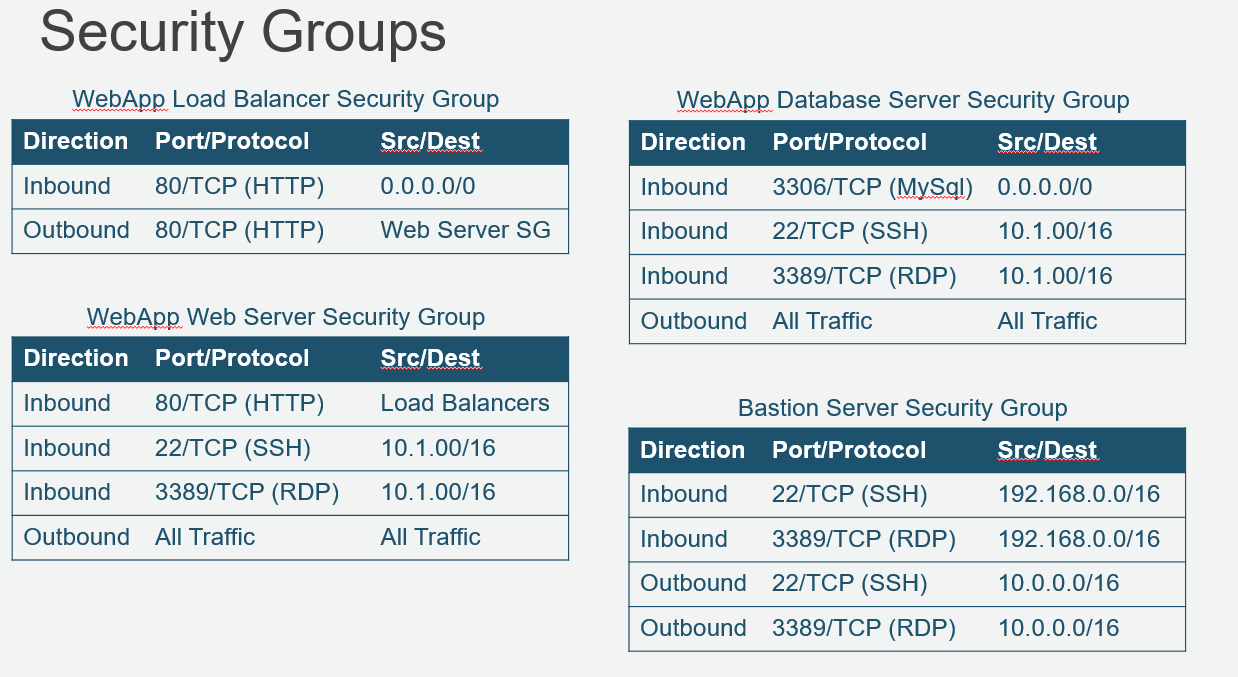 Feel free to download the workshop presentation. You may find this helpful when doing the workshop yourself or in support of a group learning activity.

This site will note where the presentation material may be most useful.

Make sure you are in a region supported by Amazon Inspector (https://docs.aws.amazon.com/inspector/latest/userguide/inspector_supported_os_regions.html). We recommend using the us-east-1 region.

The workshop is broken up into the five modules below: